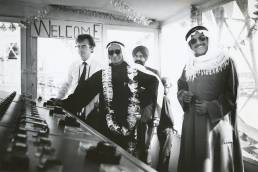 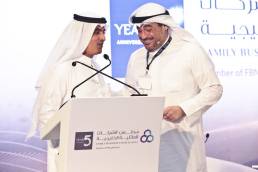 Omar’s family history features prominently in his world view, one of innovation, education and integrity. He is the eldest son of Kutayba Alghanim, Chairman of Alghanim Industries, and grandson of Yusuf Alghanim a visionary leader who helped to transform Kuwait by continuously introducing innovative firsts ranging from banking, manufacturing to airlines. His ability to develop and execute on this vision was in large part due to Omar’s great grandfather Ahmad Alghanim who achieved success as a result of his innovation and integrity.

Ahmad began his career in the 1890’s as a leading pearl merchant, until his fleet was lost to a storm. Seeing an opportunity, he capitalised off of his reputation to raise capital entering construction materials sector and forming a partnership with the Anglo Persian Oil Company where amongst other activities he distributed kerosene across the Gulf, before the Gulf had oil. Ahmad Alghanim was also amongst the first Kuwaitis to send his son to University.

Omar received a Bachelor of Science in Business Commerce from New York University’s Stern School of Business in 1997 and has an MBA from Harvard Business School (Class of 2002).